By SOSMonn RR
Autoplay
5 months ago

Artist: SOSMonn
VERSE 1
1.yo best friend is a opp dat means u an opp to u are who u hang around we all know dats true so if i see u do sum opp chit heres wat i do bust thru da front door glocC in my hand look up stairs and see henry then pop yo mans spare everybody else but henry then pop him again make sure he dead he wont be able to opp again. see dis is a movie it will never be another but imma spare u cuz u my SOS brother

2. dj lets be real yeen aint got no got damn heat dis chit imma bout to say would've made rosa parks get up out dat got damn seat. theres levels to dis chit so we not on da same page u just like a puppy stucC inside a small cage.
VERSE 2

3. i been waiting on dis like a sub on a monday cuz u dropping every ***** late but its aight tho cuz i got da drills to his chest imma start with u shoulder's head's and knees and imma body up da rest.

4. imma put u in a body bag and throw u in da ditches if u and ur mans get caught u be da first ngl snitching. i gotta 5'5 on me like my height but bacCwards and its a big glocC imma raise dis to his nose and put a hole then call him tupac.
VERSE 3

5. ima make dis chit real easy matter of fact imma make it real fast dat means imma make it real breazy yea im a fat ngl lemme go ahead and take off my beanie and my fluffy as jeezy. look at u you not even like dat u a good kid and ur name is kayden it should've been stevie. look u not even blind so im not gon give ur last name wonder u a good kid prolly went to private school dats y ur new name gon be stevie butler.

6. blacC eye bih talkin chit just know dem dolphins coming to snatch u up dis bih think she a ninja but she a panda how tf dat chit even work lil ho need to stay in her place before i get sumbody to beat her up lil ho
better stand on wat u say 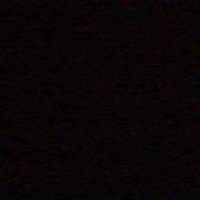 the hotpocket monster of the year By keltyn.newton

But By Bry Mizzo